Our NHS is caught in a tug of war. Which side are you on? 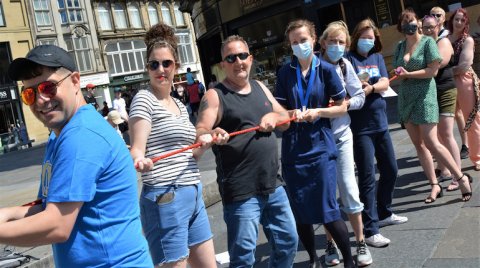 Conservative MPs have voted Sajid Javid and Boris Johnson's Corporate Takeover Bill through its second reading in Parliament. This legislation will open up our NHS to more privatisation, cronyism, and cuts through a top-down reorganisation of our beloved health service at a time when it is most in need of support.

But resistance is growing.

A powerful coalition is standing against the Bill, with health campaigners, workers, patients and communities coming together. We're making it clear that we will not sit by while private companies are invited onto NHS decision making boards. We won't accept an American model of health care, prioritising profit margins over people's health. And neither will the 3/4 of the population who want an end to private company involvement in our health service.

On Saturday 17th July, hundreds of people across England took to the streets and staged local 'tug of war' actions between the privateers (Richard Branson, Boris Johnson, Sajid Javid, and private companies), and their local communities.

Although this Bill directly threatens NHS England, its effects and legacy will be felt throughout the devolved nations if allowed to pass, and we have seen amazing displays of solidarity from across the UK. It's clear that as a united movement we can build the strength to win this tug of war.

So...which side are you on? 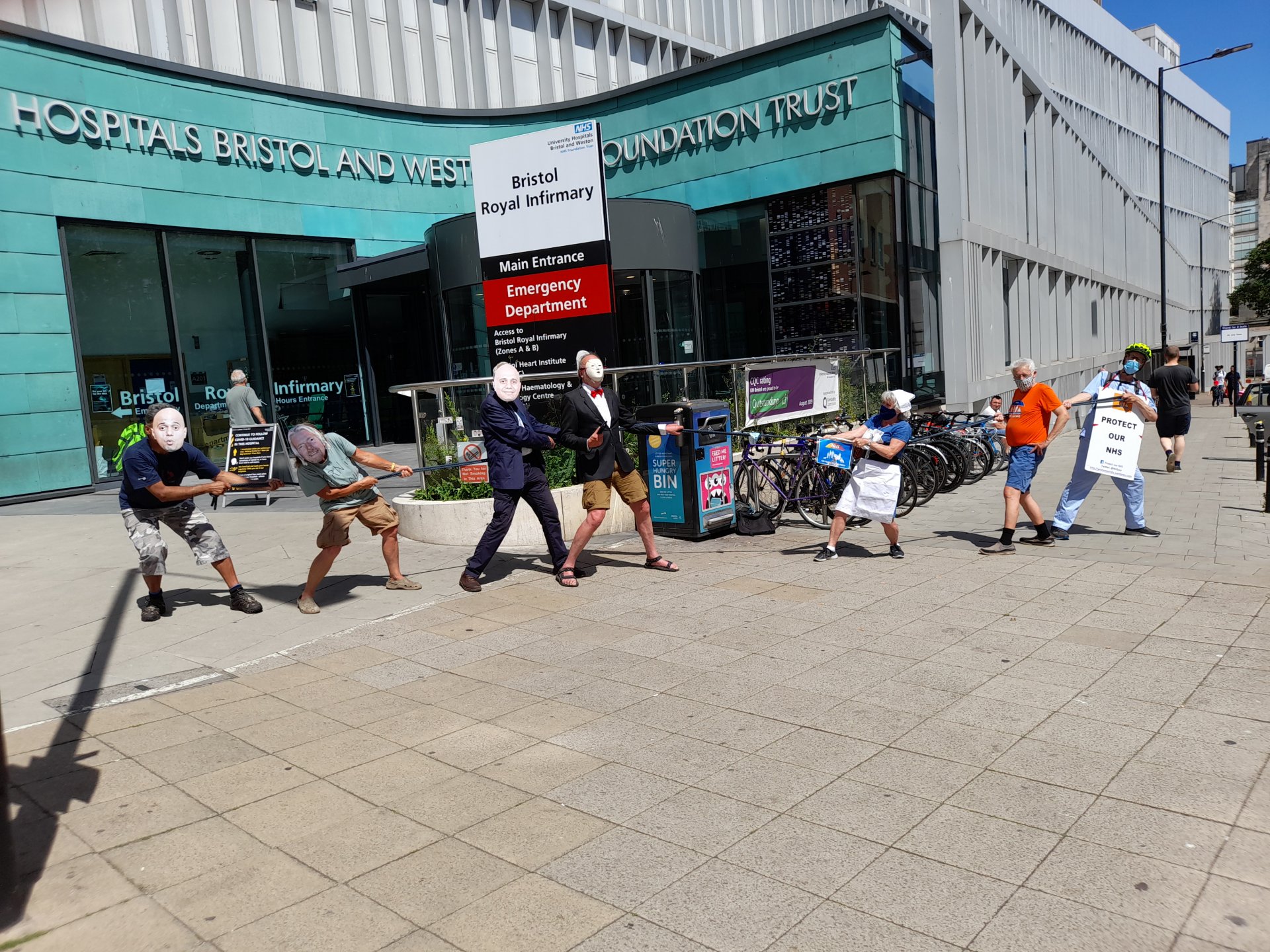 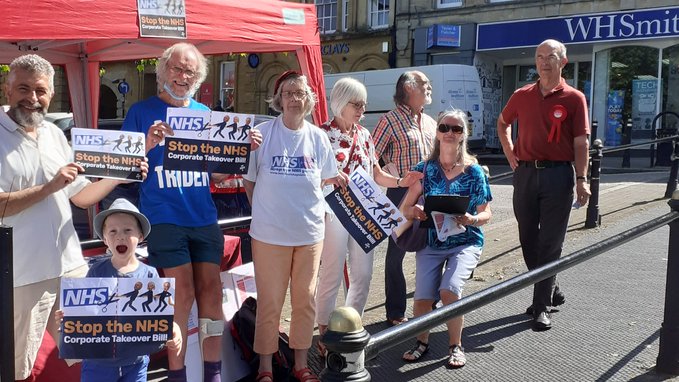 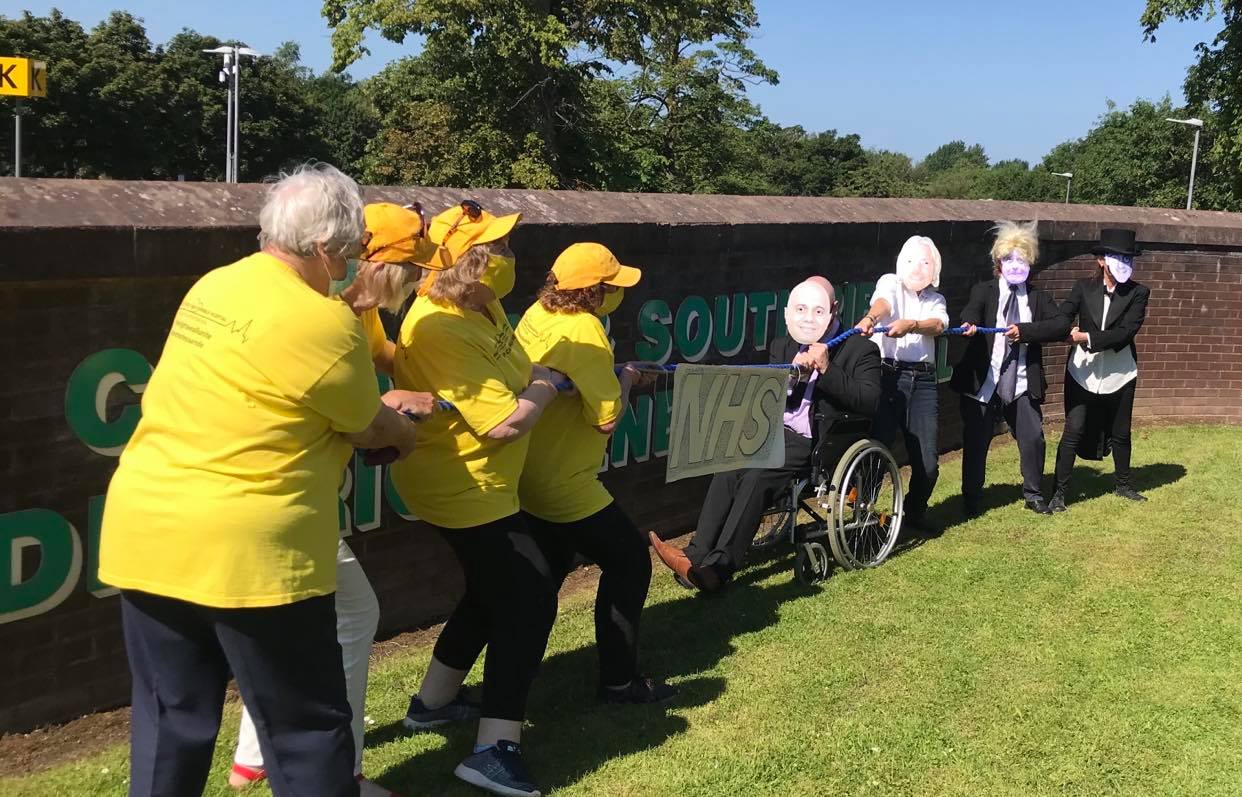 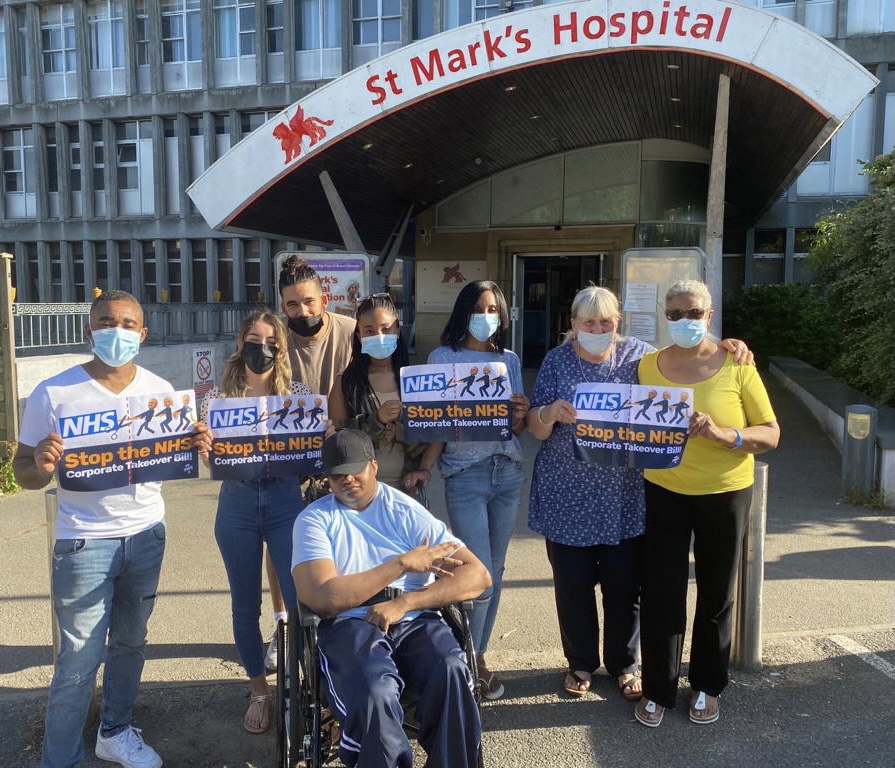 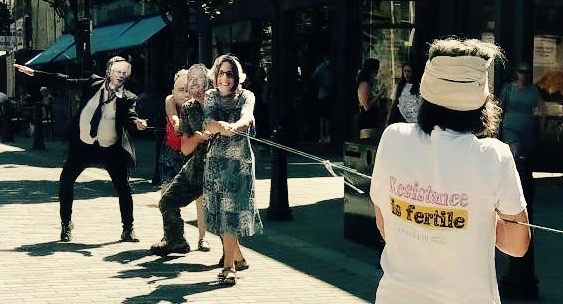 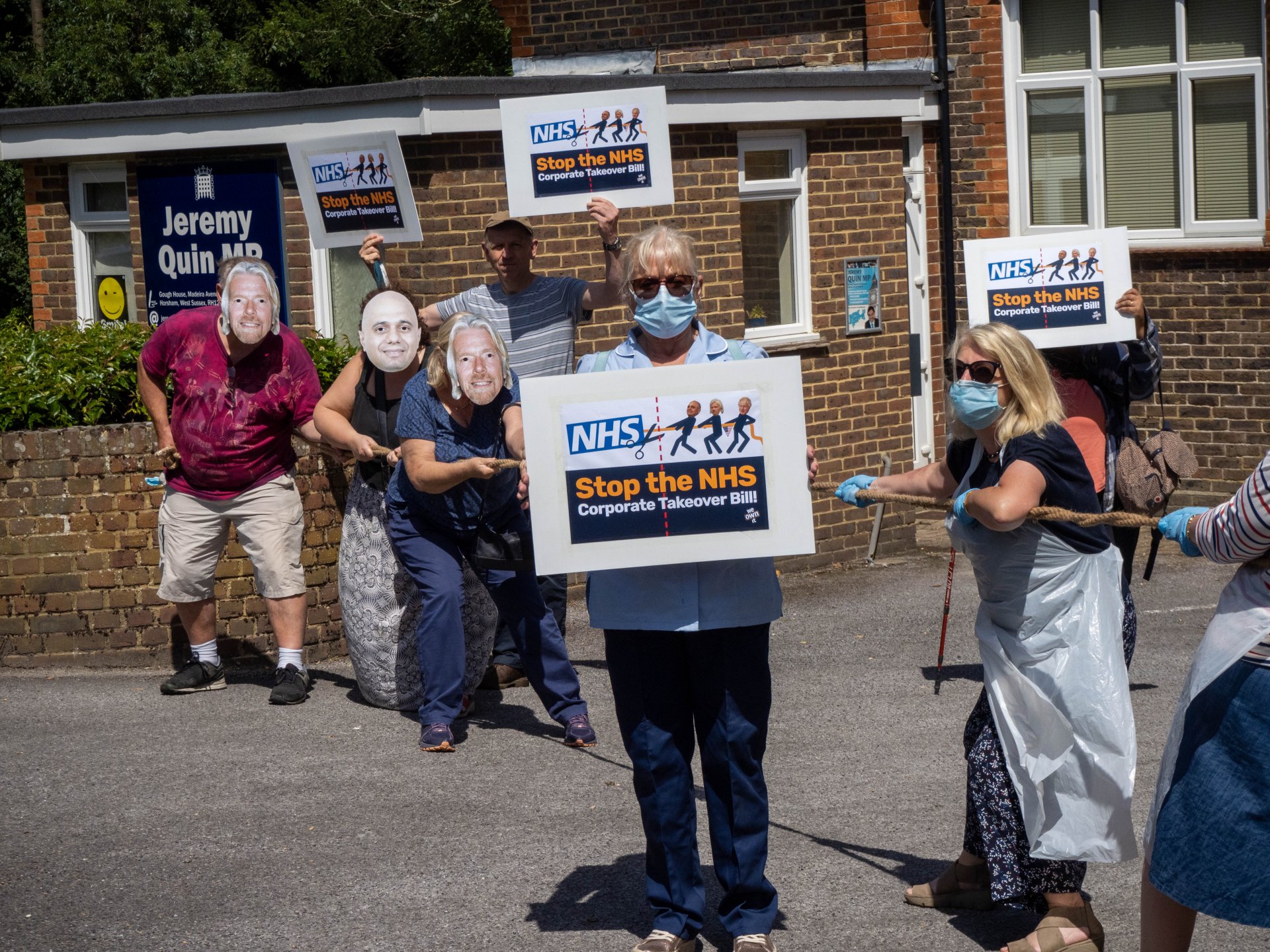 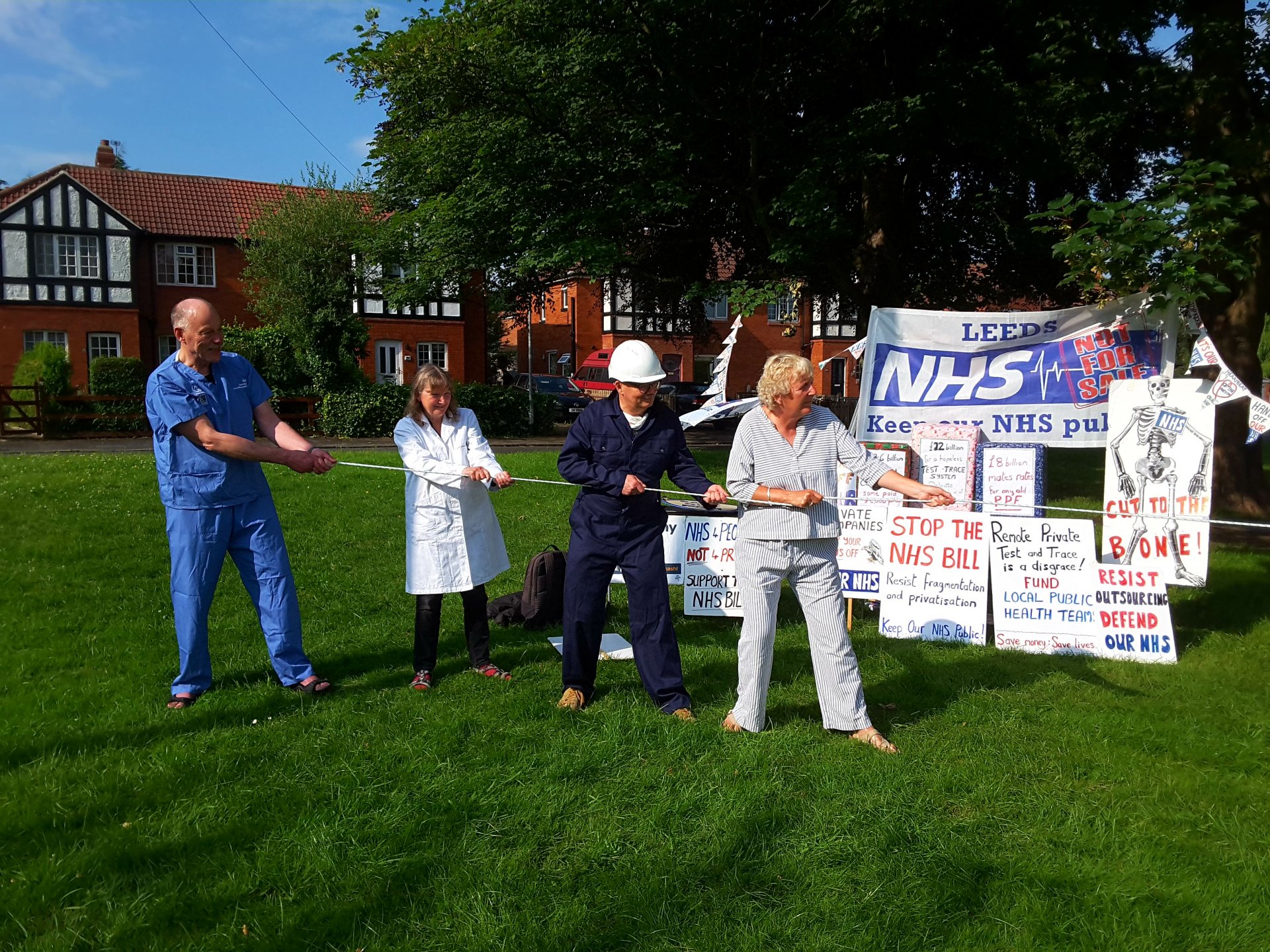 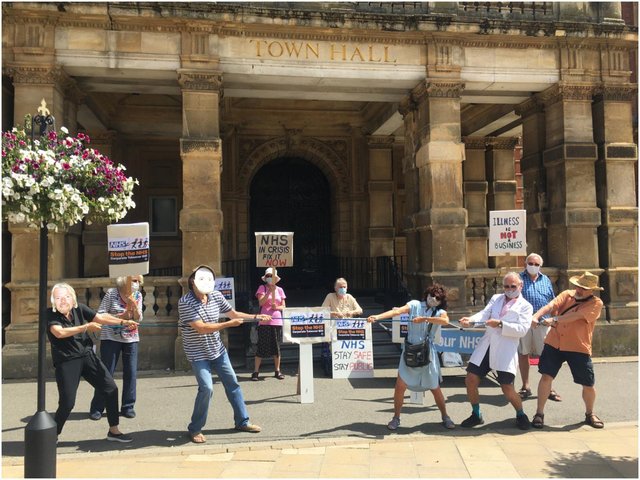 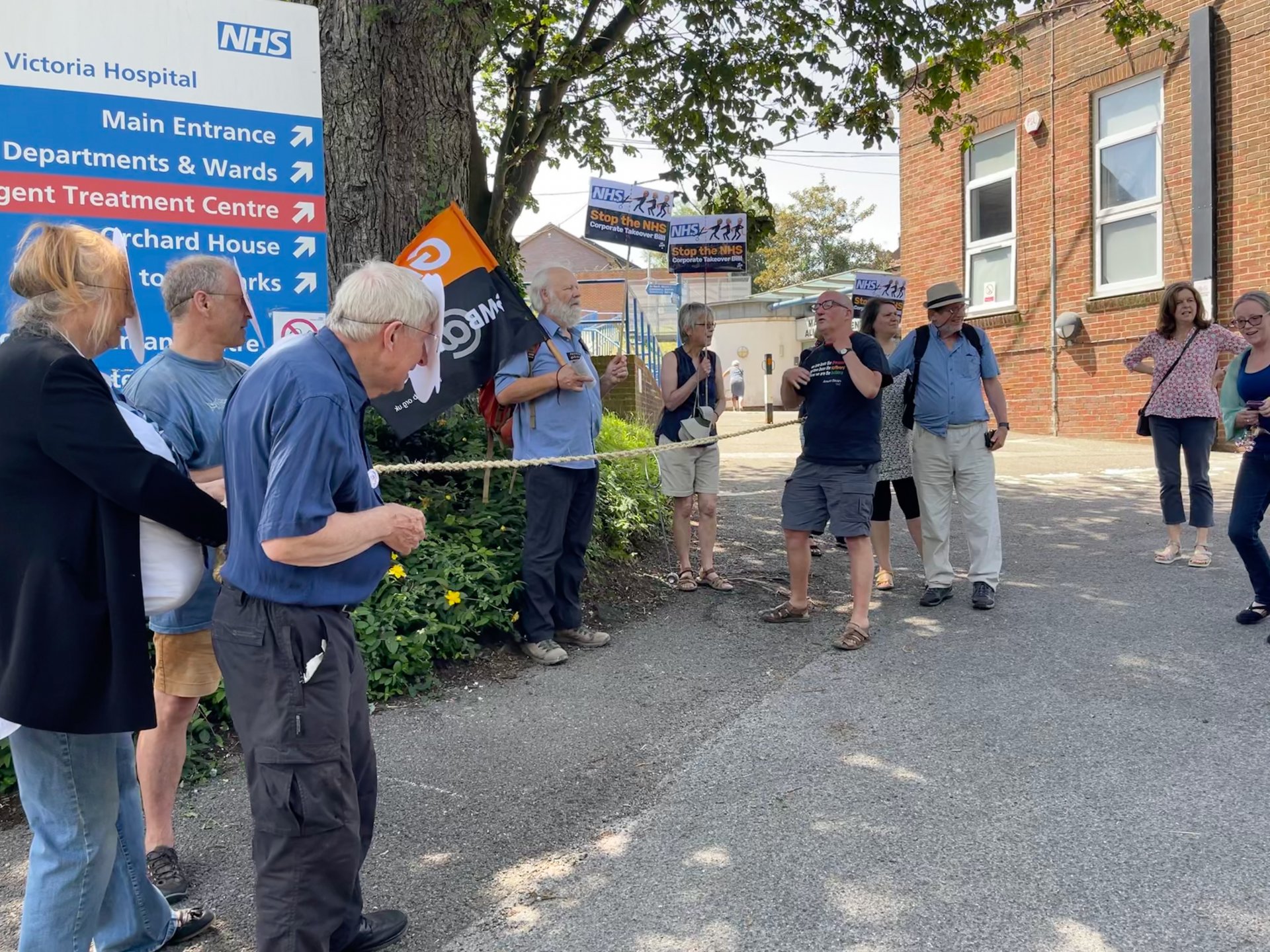 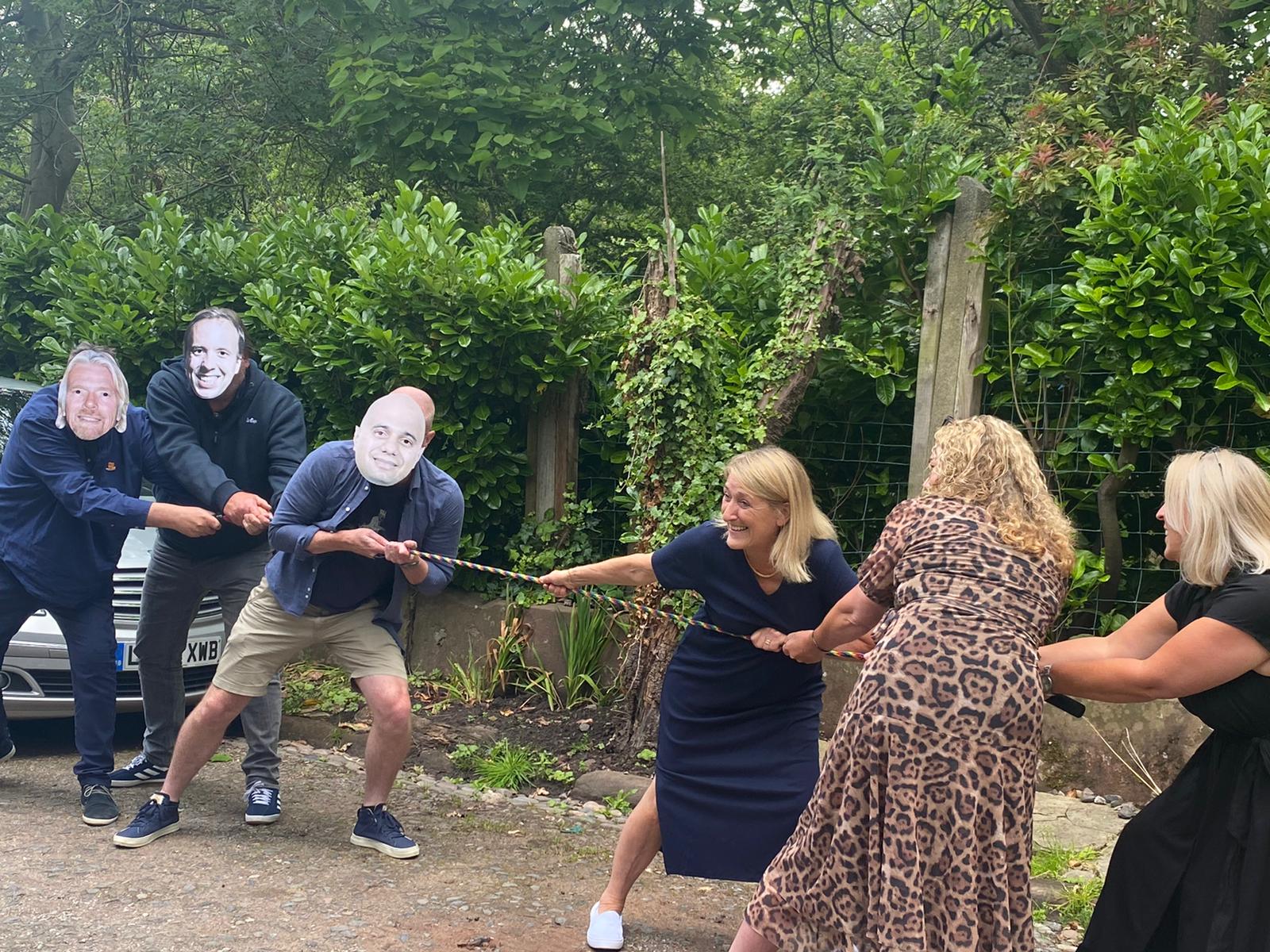 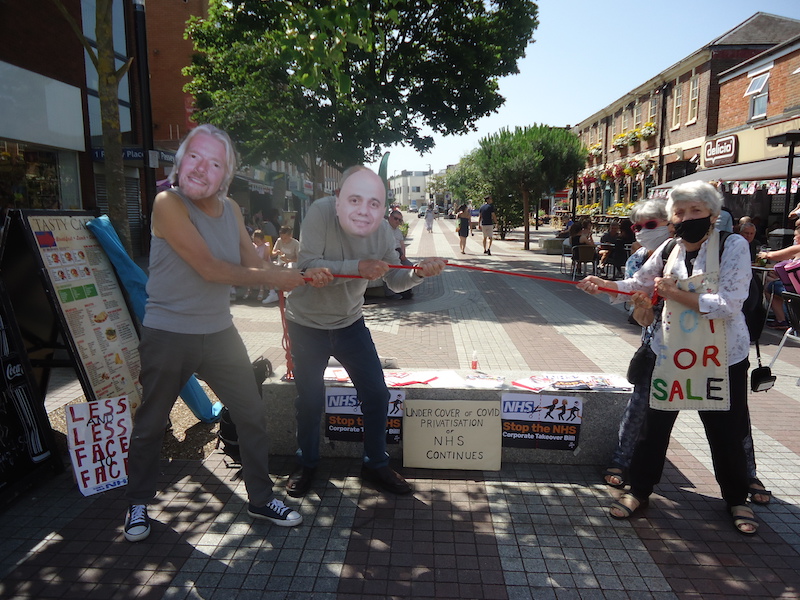 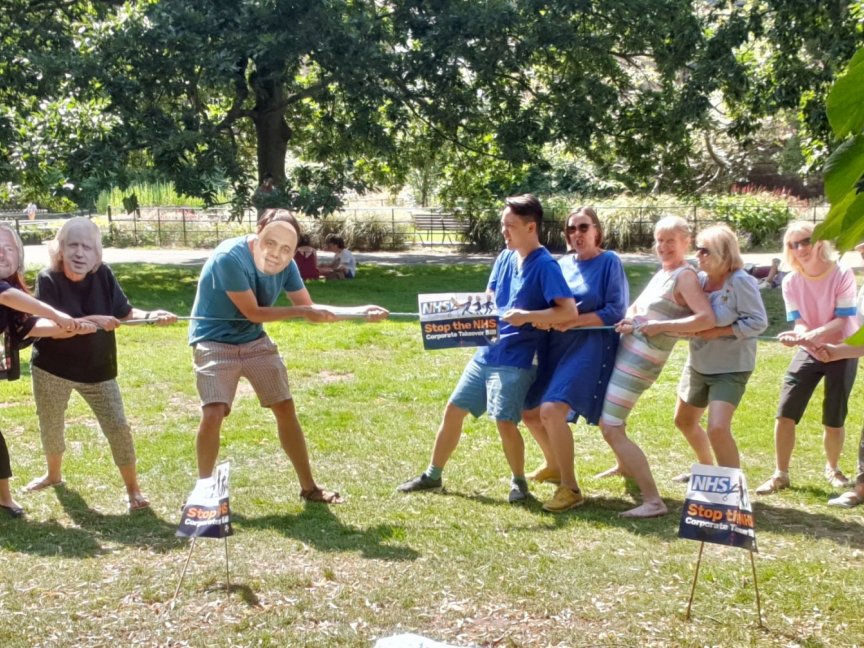 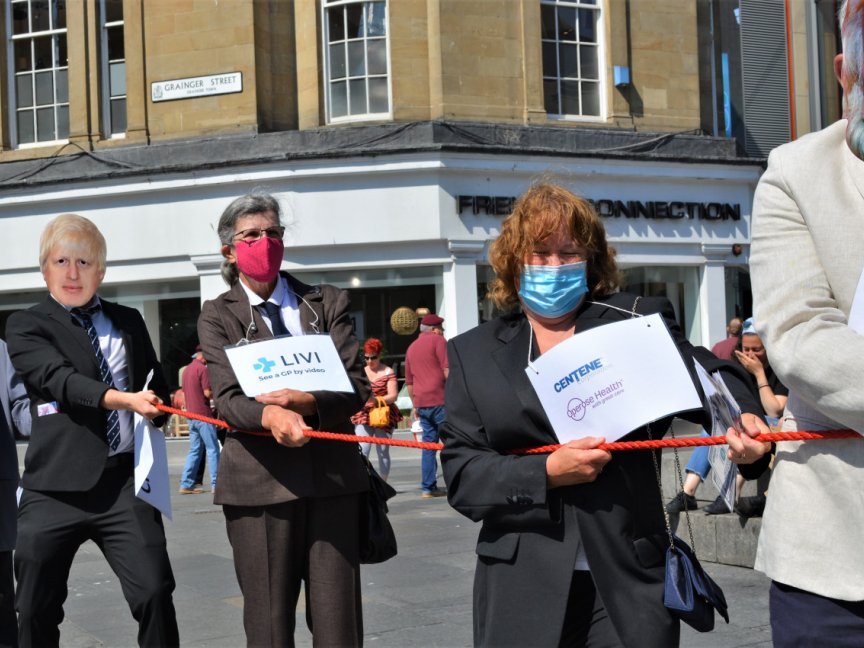 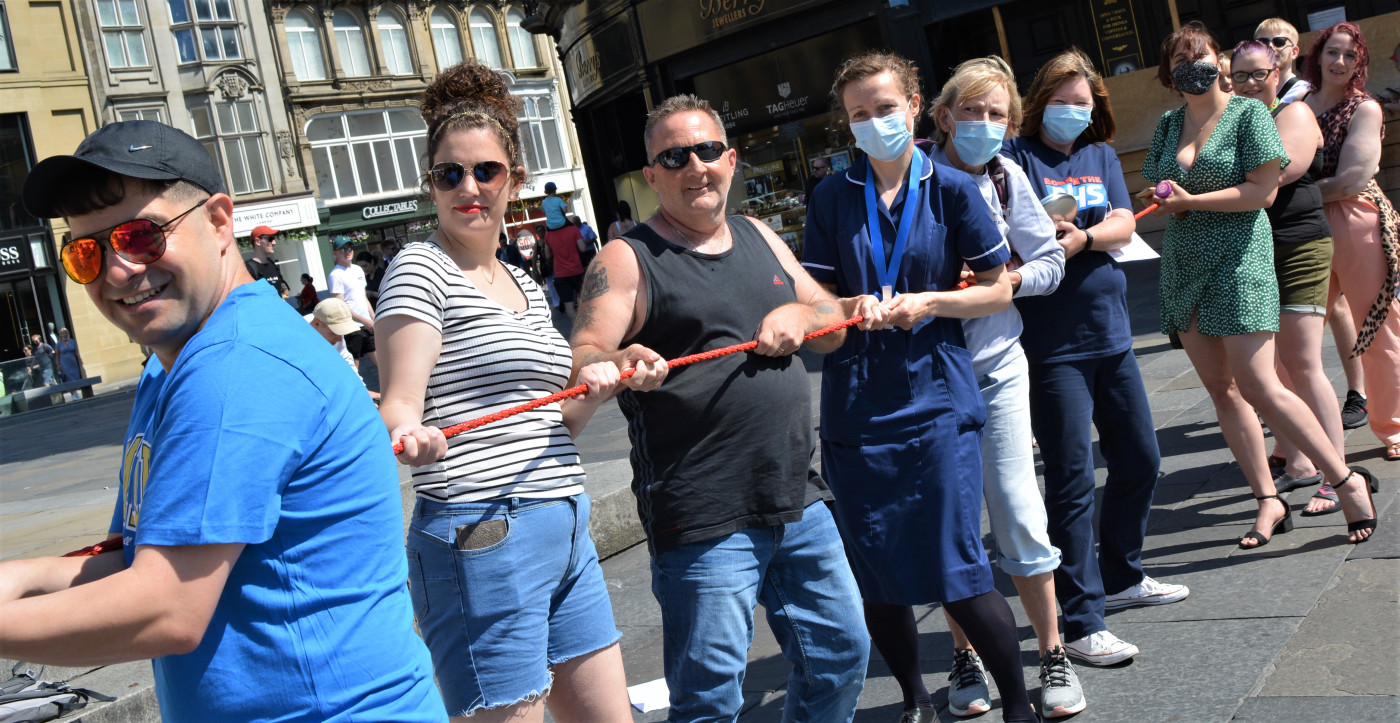 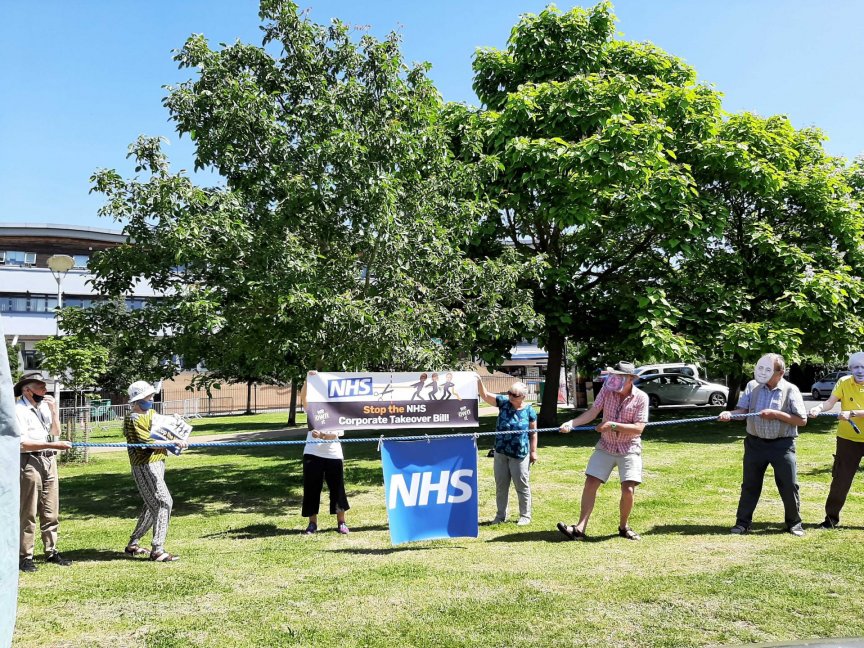 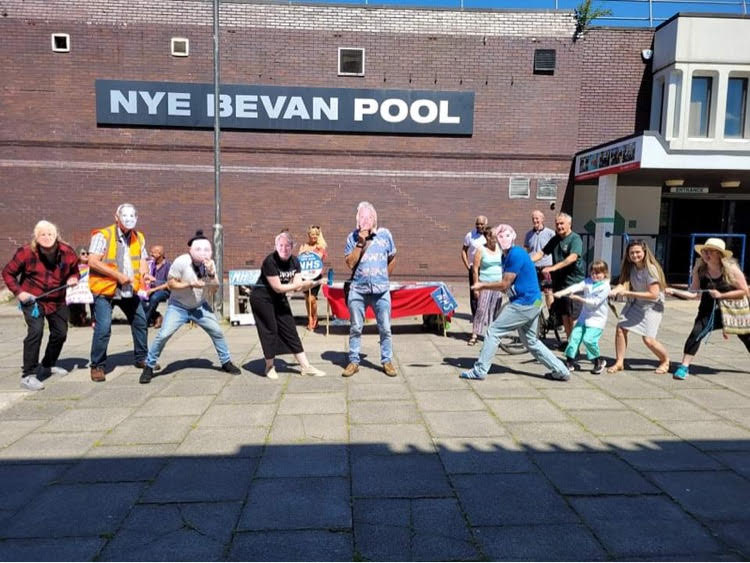 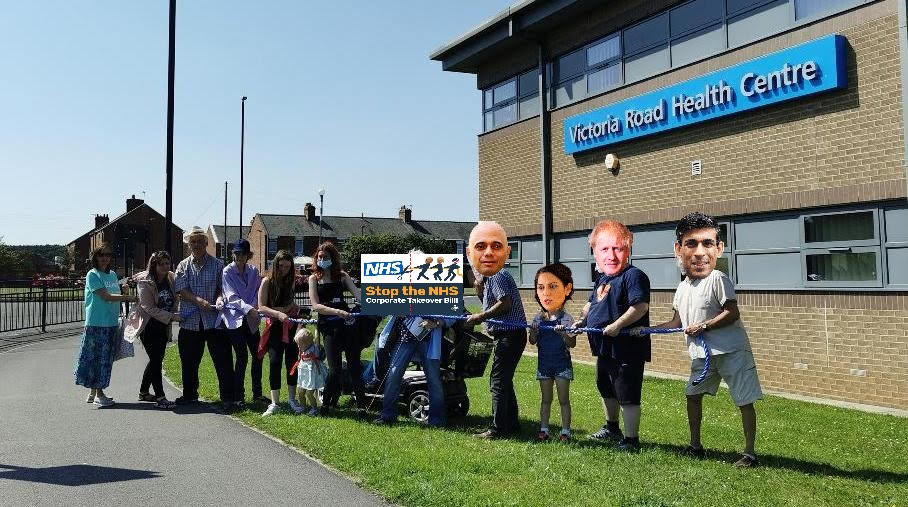 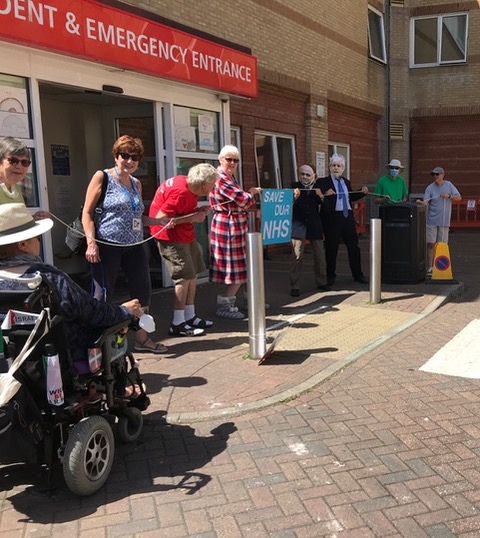 And from homes across England 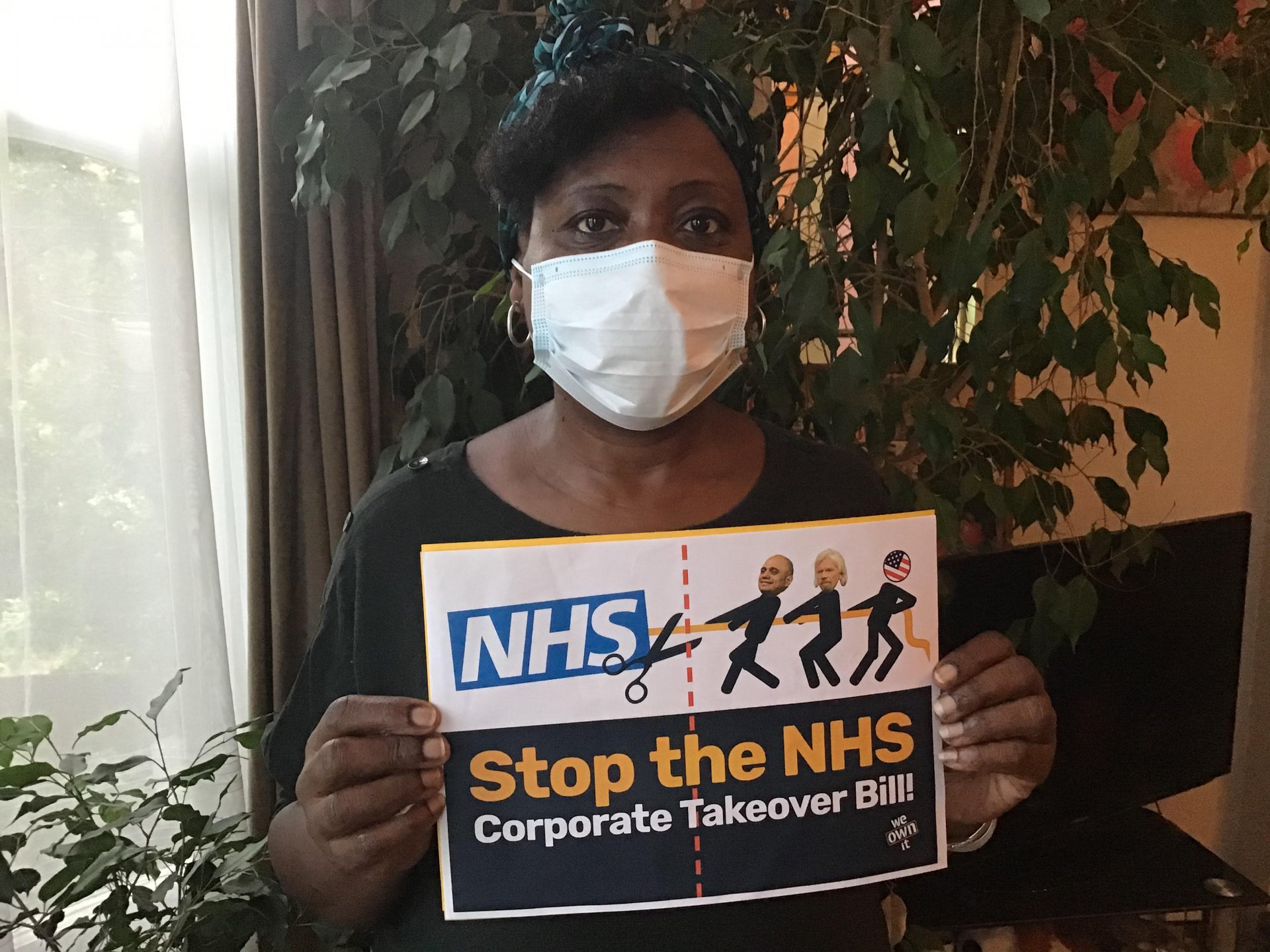 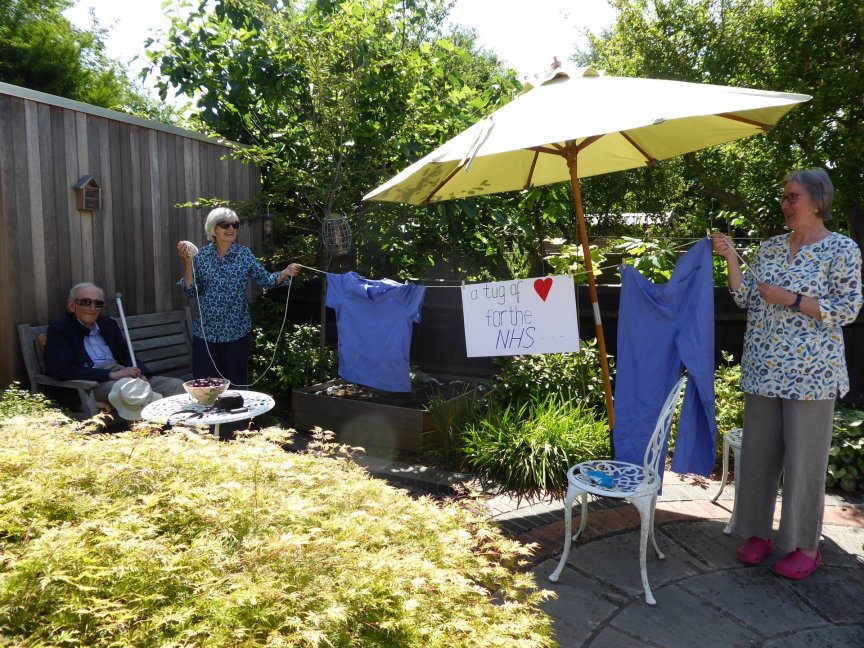 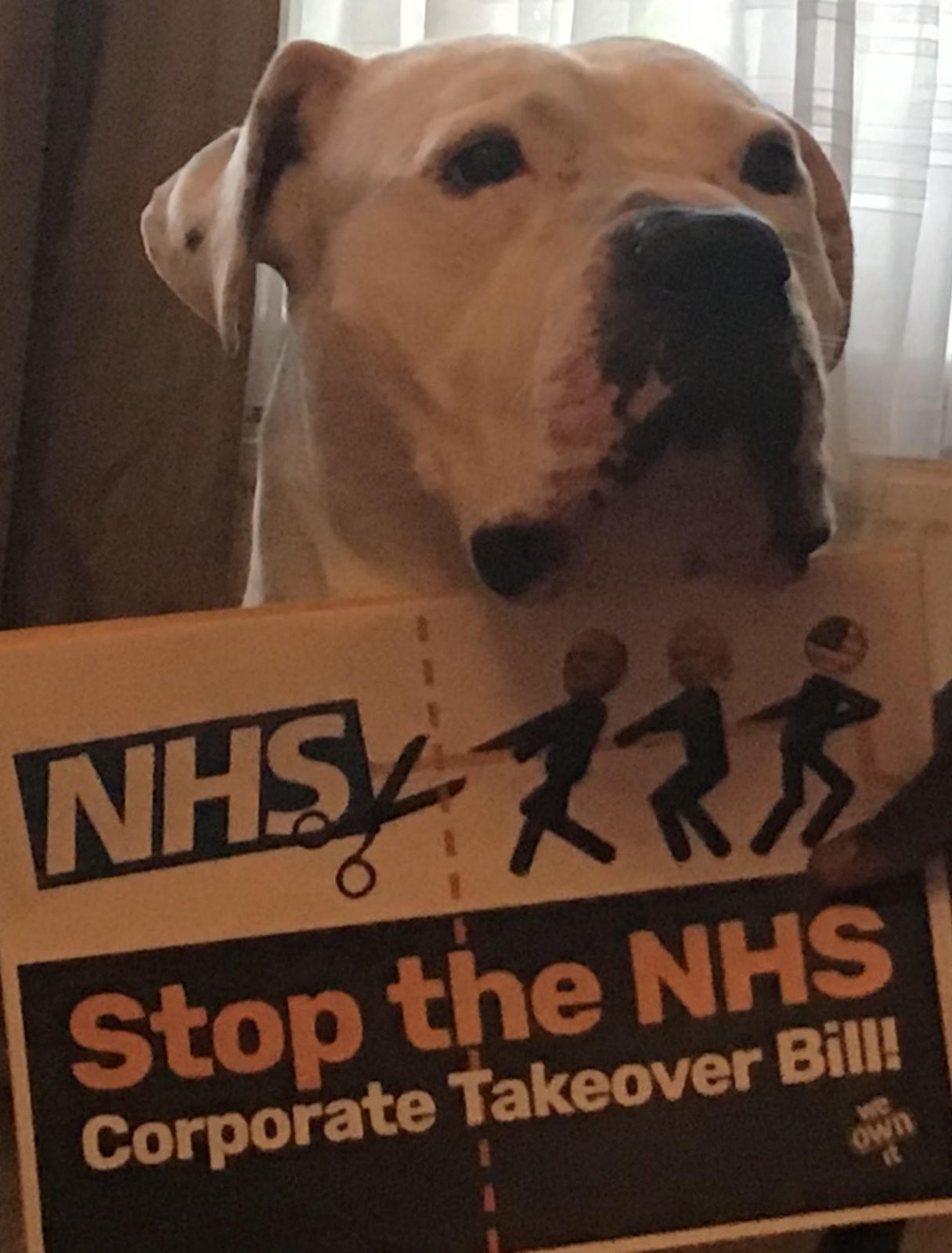 Already flogging the NHS off to the UD. Will do the same with medical records. Too much profit made by big Pharma. No wonder Hancock has a company which specialises in destroying NHS records. Bethell's missus has shares in Walgreens (Boots Alliance). The ones responsible for donating half a million Dexamethasone tablets to the NHS for free. Almus brand. Which are dodgy by the way.

I have tried to bring this to thecattention of people I meet . It is amazing how few people know about the possible takeover of our NHS, but even more amazing at the lack of interest they show……why are the doctors in our surgeries not informing their patients of this threat? Why are they not sending out those forms of opt out to their patients. I am completely puzzled by this . People just think I am some sort of eccentric. One person even said to me that “oh the Americans would be better than the Chinese! I ask you. What can I do?

The NHS should not be privatised in part or as a whole ... ever!

Most people have no idea this is happening!