Your doctor's surgery, local police station, care centre or railway - they're all your public services. But right now, they can be privatised or outsourced, and run by companies that don't have to tell you anything. What about your rights? You don't have any. Let's change that with a Public Service Users Bill to give you a say. (The Bill has already been supported by 102 MPs in Early Day Motion 438 and put forward as a Private Members Bill in parliament.) The infographic below shows what this new legislation would do for you. 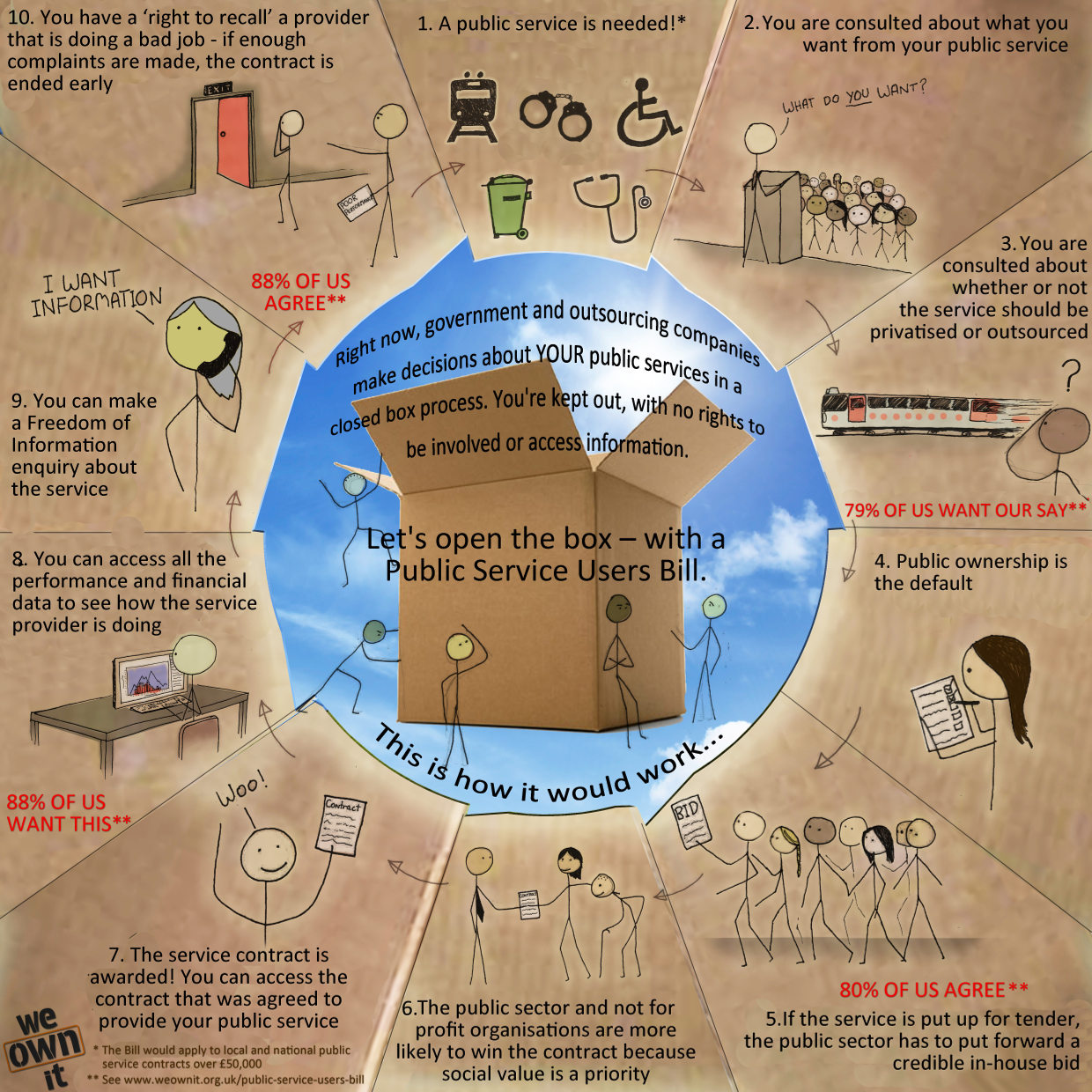 The Bill would mean...

YOU GET A SAY

PUBLIC SERVICES ARE RUN FOR YOUR BENEFIT, NOT FOR PROFIT

PRIVATE COMPANIES CAN BE HELD ACCOUNTABLE

Read more - our report 'Better in public hands' shows why you must have a say when it comes to how your public services are run.

Photo used under Creative Commons licensing, thanks to Mel B.