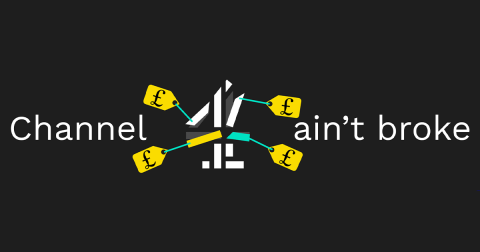 A new campaign to stop the planned privatisation of Channel 4 is launching today (Monday June 13th), with support from leading production companies and celebrities, including Derry Girls’ star Siobhán McSweeney and Armando Iannucci, creator of The Thick of It [1].

“Channel 4 Ain’t Broke” brings together 27 production businesses from across the country, alongside supporters like the team behind the new comedy Big Boys, including writer Jack Rooke and actor Jon Pointing, as well as the Archbishop of York, Bishop of Ripon and Bishop of Leeds to safeguard the channel that gave us Gogglebox, Derry Girls and Four Weddings and a Funeral.

The move comes as some Conservative MPs consider vote strikes over the Government’s plans to privatise Channel 4, following the vote of confidence in the Prime Minister [2].

Ex-Minister Jesse Norman MP criticised the sell off in his letter declaring that he had no confidence in Boris Johnson, saying "privatisation of Channel 4 is an unnecessary and provocative attempt to address a political non-issue during a time of crisis, at significant cost to the independent UK film and TV industry [3].”

The new campaign’s website echoes these concerns pointing to evidence that the channel is in rude financial health and is helping to deliver on the Government’s levelling up agenda.

Channel 4 Ain’t Broke highlights that as a publicly owned broadcaster, funded through advertising, Channel 4 doesn’t cost the taxpayer a penny, instead returning a profit of £74 million last year and contributing £1 billion to the economy [4].

In its current form, as the campaign points out, Channel 4 is supporting over 10,000 jobs [4], 15,000 training opportunities [5], and provides half the income for 140 businesses [6]. However, concerns have been raised that privatisation risks hitting the levelling up agenda with a 35% drop in regional jobs [7] and over 60 businesses set to go bust [6].

Derry Girls star Siobhán McSweeney said: “Channel 4 is a huge success story and Derry Girls wouldn't have happened without it - it's something to be proud of not something to destroy. Right now Channel 4 is boosting the economy and throwing open the door for a new generation of writers, performers, producers and creative thinkers across the country. It ain't broke - so don't fix it!"

Mark Williams from Fin Studios said: "Channel 4 is the levelling up broadcaster. It supports tons of small businesses like ours all around the country. It gives people a way to get a foot in the door into the industry, whatever their background. It's time to drop this crazy plan to sell it off."