Hands Off Our NHS week of action kicks off!

We've launched our week of action for the NHS today in Parliament Square, as we showed that the NHS is in fact on the table for a Trump trade deal. 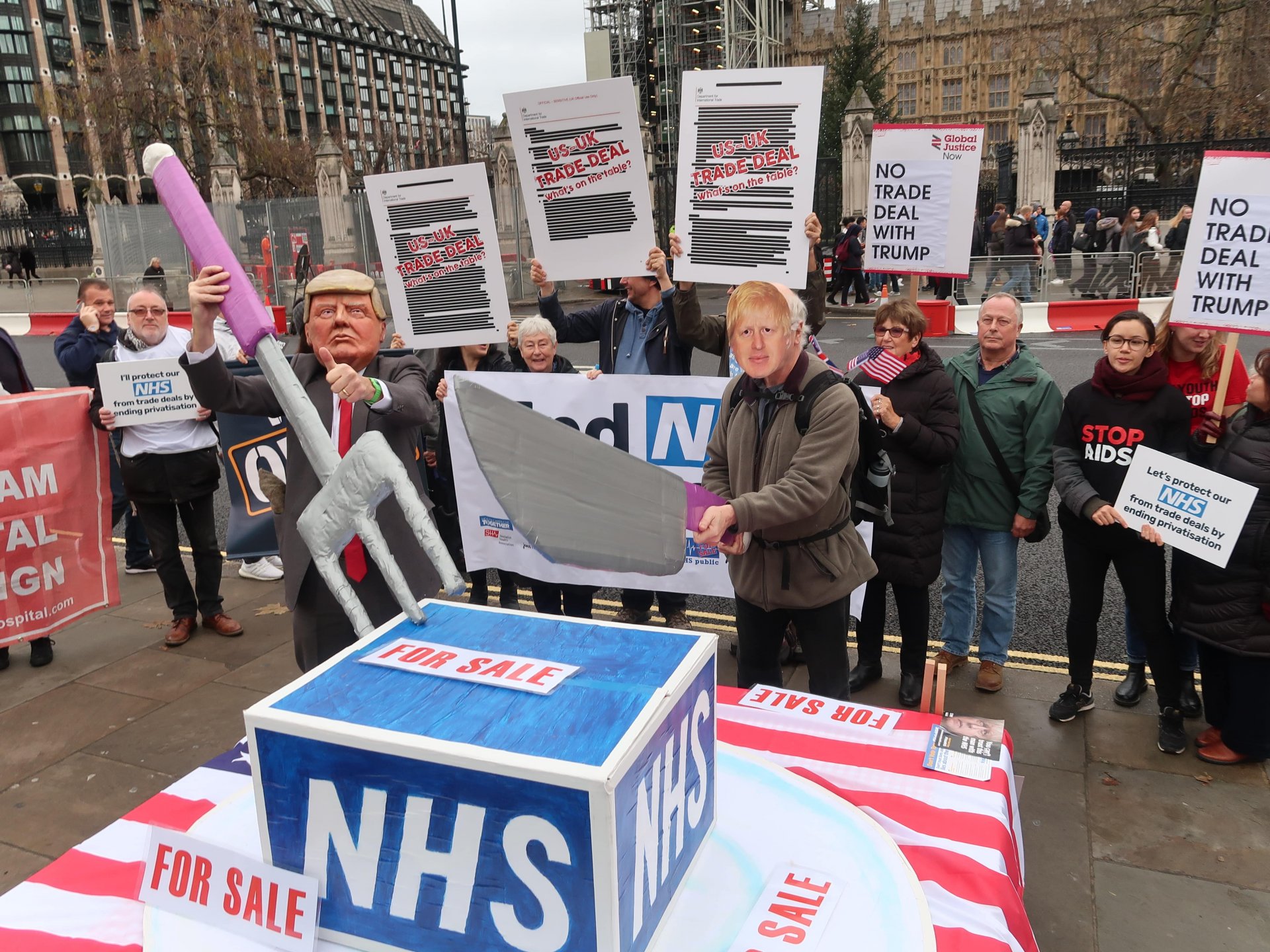 Activists and NHS workers gathered in Westminster from midday to show that we're not fooled by the Conservative's promise that the NHS is 'not for sale'.

Campaigns Officer for We Own It, Ellen Lees said:

“The NHS is the most important issue for voters in this election campaign. And the public don’t want to see it sold off as part of a trade deal with Donald Trump. The only we can prevent that is to end privatisation and ensure that the NHS is a fully public institution. Otherwise, the NHS will be automatically on the table in any trade deal with the US.

“It’s absolutely vital that Boris Johnson joins other leading politicians - including Jeremy Corbyn, Liz Saville-Roberts and Caroline Lucas - in pledging to take our NHS off the table once and for all by ending privatisation.” 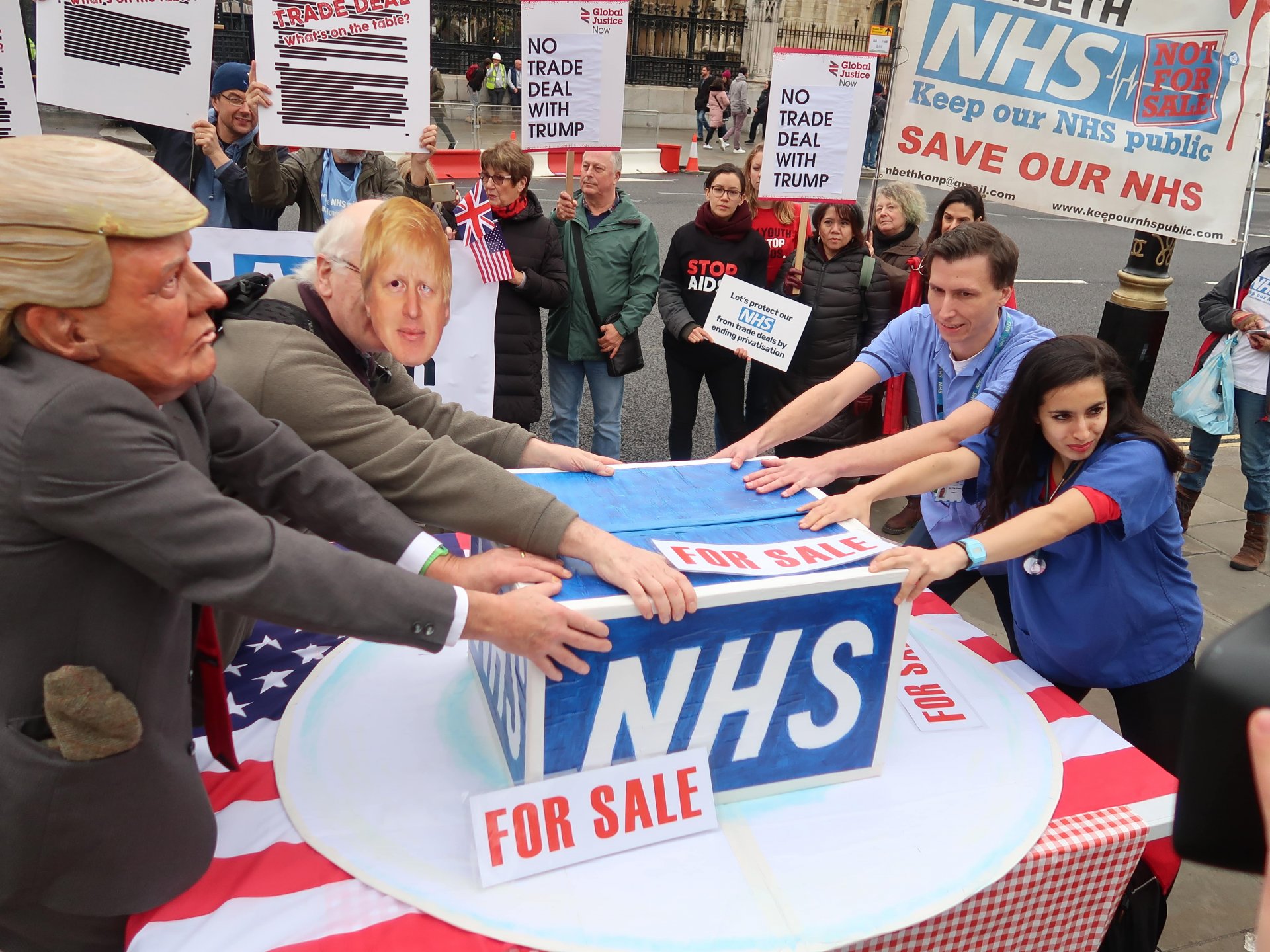 Thank you to everyone who turned out! If you're looking for ways to get involved, you can:

The Tories voted against the setting up of the NHS in 1946 and would rather give away the tens of billions to their wealthy friends in tax cuts.