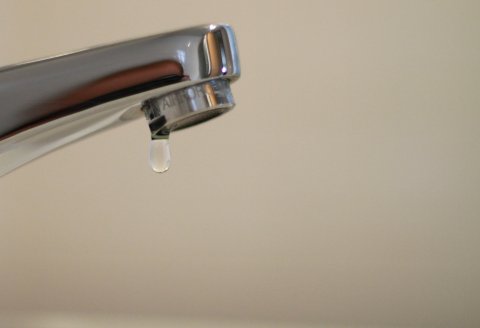 This article, written by We Own It volunteer Miriam Stewart, was originally published by the New Weather Institute on the 23rd of July 2018.
Twenty-nine years ago, in 1989, the English water industry was privatised by Margaret Thatcher’s Conservative government. The decision has proved disastrous for the public and for our water system. And what we are left with, now, today, are the inevitable consequences of an ideological privatisation led by cost reductions, profit maximisation and the total eschewal of public responsibility.
It seems a fairly basic expectation of private companies that provide public services that they should pay their taxes, that they should re-invest in infrastructure, that they should avoid the unnecessary accrual of massive debt, and that they should be affordable and accountable. Essentially, that they should – at the very least – structure their operations in such a way that one might believe they are providing a public service, and not profiteering off the needs of the public. These are not unreasonable demands, and yet the English water companies seem unable to meet them.
Since water was privatised, bills have increased by 40% in real terms; Ofwat has estimated that in less than 2 years’ time, 1.8 million people will need financial assistance to pay their water bills; the debt of the water companies has jumped from £0 to £42 billion; 1.9 billion litres of untreated sewage was pumped into the River Thames in 2013-14; and the average UK worker earns around 1% of the salary of Liv Garfield, Severn Trent water company’s CEO.
Between 2007 and 2016, £18.9 billion in profit was made amongst the water companies, and of this profit £18.1 billion was paid out to shareholders in dividends. At the same time, they increased debt by a shocking £14 billion. Severn Trent, Yorkshire, and Anglian pay more in dividends than they even make in pre-tax profits. Most of these dividends go abroad, to companies like the Canada Pension Plan Investment Board, Colonial First State Global Asset Management in Australia, the YTL Corporation in Malaysia, and Cheung Kong Infrastructure Holdings in Hong Kong. But on the plus side, Thames Water have decided to close their subsidiary in the Cayman Islands because it, err, ‘looks wrong’.
To mark the 29th anniversary of water privatisation, We Own It launched our water campaign, calling for public ownership. We believe that English water should consist of a system of democratically accountable, regionally run water companies. These would be run through partnerships of local authorities and representatives from local communities and employees. The function of Ofwat, the water regulator, would be taken into a government agency and this agency would be accountable to parliament for the services it provides. Taking these steps would cut the average household water bill by 25%, equivalent to £100 a year, according to research by the University of Greenwich, and would bring our water system in line with the 235 cities across the globe who have publicly owned water.
Should we compensate shareholders? There are two arguments to consider here – the financial and the ideological. In taking water into public ownership, we should take into account the historical activities of the water companies: their chronic underinvestment in infrastructure, their massive accrual of debt, their overpayment in dividends to their shareholders, their degradation to the environment – all of this has cost the bill payer, not the shareholders. In taking ownership, we would be assuming £42 billion worth of debt, and the water companies have already received £12 billion of government subsidies in today’s money. Given that water should never have been privatised and should still be a public asset, it would be odd to pay both for the ideological failings of the Thatcher government and for the continued financial failures of the water companies; particularly when we have paid so much already.
It is clear that under privatisation, the interests of the public do not assume centre-stage. In fact, we are hardly even in the audience. In Scotland, water is publicly owned. In Wales, it is run on a not-for-profit basis. But the privatised English water system has long ago forgotten its purpose – if it ever knew it: to provide the public with the most basic and fundamental of resources. It is time to bring water into public ownership.
Eighty-three percent of the public believe water in England should be in public hands, We Own It stands with them and are calling for public ownership of the English water systems. If you agree please sign our petition by clicking here. 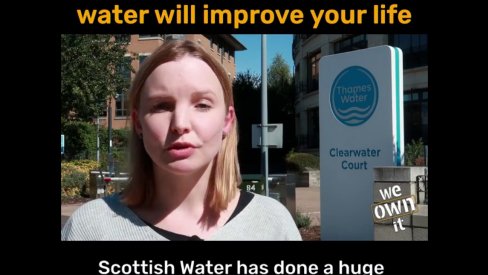