A vision of public ownership for the 21st century 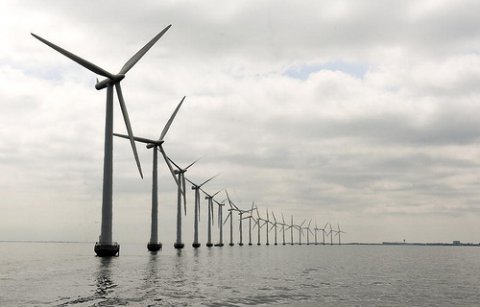 Last summer, a coalition of trade unions published Rebuilding Rail, a meticulously researched report calling for Britain's railways to be brought back into public ownership. It calculated that the current system wasted £1.2bn a year. Labour responded positively, with transport spokeswoman Maria Eagle saying the report put forward a "coherent case for reform". The Tories countered that Labour wanted to "take us back to the 1970s", and Labour's enthusiasm appeared to cool.

Few things seem guaranteed to get under Labour's skin more than the accusation that the party will "take us back to the 1970s". This is in part due to the prevalence of a neoliberal view that has demonised much of post-war Life Before Thatcher. But it is also a reminder to anti-privatisation campaigners that they must make the case for something better than has gone before, not a return to the past. As Andrew Cumbers points out in his timely book, the post-1945 model of nationalisation was indeed bureaucratic and over-centralised, and it wasn't just the followers of Friedrich Hayek who said this but those on the new left too.

The challenge is summed up in these remarks by a former miner discussing 1940s coal nationalisation with Huw Beynon and Hilary Wainwright, which Cumbers cites: "I can remember standing at the pit with the banners, celebrating with my father and his friends. They thought, this was it. What a surprise they were going to get. They thought nationalisation would bring everything they'd fought for. but within a very short space of time they found out that they'd swapped one boss for another. The first boss we got was a major from the Indian Army… Later we had a banker!... I still think nationalisation is the only way, but next time it will have to be different."

Thus Cumbers seeks to "reclaim public ownership from both its detractors and those who continue to use it in an undemocratic manner for particular interests in appropriating our common wealth". His first chapter provides an excellent overview of that post-1945 period. "Morrisonian" nationalisation was vital to post-war reconstruction, but "the lack of creativity or imagination surrounding the government's plans and its willingness to defer to established interests became particularly striking characteristics". (Tellingly, this comment could apply equally to the bank nationalisations that followed the 2008 crash.)

As well as adopting the new-left themes of economic democracy and public participation, Cumbers takes seriously Hayek's critique of centralised planning as a hindrance to innovation and knowledge sharing. He acknowledges that this is a particular problem in relation to "tacit" knowledge, which is "bound up in social practices and routines within different parts of the economy, between producers and consumers, between local managers and employees, and between workers themselves".

But Hayek's market-based formula is no solution: ask an employee whose work has been outsourced to Capita or G4S how much of their tacit knowledge has been retained. Instead Cumbers sets out a pluralistic vision of public ownership that rejects a one-size-fits-all model and in its place promotes a diversity of approaches, with power dispersed from the centre: "Strategies for economic democracy will need to evolve out of particular circumstances, and work with the grain of existing collective practices and institutions in different places."

One example he gives is of a sort of public-cooperative partnership in Denmark: "The major offshore wind projects that have been developed in the past decade have been largely pursued either by the municipal and publicly owned utility companies or by partnerships between the latter and forms of cooperative. These might well prove to be an important new form of public ownership, combining civic participation with control and strategic direction from the state - at the local level."

Far from going back to the 1970s, the problem we face in Britain is that we remain weighed down by the baggage of the 1980s. Cumbers' 21st-century vision of public ownership offers a way forward.

This article first appeared in shortened form in the February/March 2013 issue of Red Pepper magazine.