Who benefits from the bailout of private hospitals? 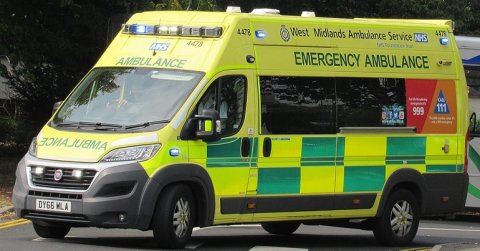 By Vivek Kotecha, Centre for Health and the Public Interest

The government’s recent deal with private hospitals, who will provide their beds and staff to help the NHS cope with coronavirus, has been framed as a significant boost for the NHS.

Whilst the NHS will benefit from an 8% (7,956) increase in available beds (although only 160 of these are for intensive care) and 10,000 more nursing staff, the arguably larger benefits are for the private hospitals themselves and their lenders and landlords, who in effect have received a bailout from the government at a time of crisis.

Although the government states that its contract with the private hospital sector will not allow any company to “profit”, this does not mean that certain forms of profit extraction will not occur. This is because the arrangement guarantees that all their debt and rental payments will continue to be made.

Why it is a bailout for private hospitals and others

The widespread uncertainty and disruption caused by coronavirus was already having a big effect on the finances of private hospitals. Many have cancelled operations for at-risk groups, travel restrictions are limiting the supply of lucrative overseas patients, and NHS-funded operations were at risk of temporary suspensions. In addition, the spectre of a deep recession reduces the number of self-paying patients and impacts business from private medical insurance.

On top of this drop in demand, there was the risk that they wouldn’t have had the capacity to carry out all of their upcoming operations because the surgeons and the anaesthetists who undertake the operations in private hospitals are being expected to drop their non-NHS commitments to help tackle the escalating crisis. The extent of the reliance of the private hospital sector on the NHS specialist workforce is revealed by the fact that the deal brings only an additional 700 extra doctors, compared to 10,000 more nurses (who are often directly employed by the private hospital, unlike doctors).

Taken together, a fall in demand and shortages of NHS doctors’ time threatens the immediate financial viability of the private hospital sector, especially given the uncertainty over how long the crisis will last. Whilst the private hospital sector could do what many businesses are doing and furlough their workforce, this wouldn’t be sufficient to avoid financial peril as like many healthcare businesses they are locked into agreements with lenders and landlords. This means private hospitals still have to pay the full rent on their buildings and repayments on their debts, or attempt to receive repayment holidays or reductions. Based on the accounts (2017 or 2018) of their operating companies, four of the largest private hospital providers (Spire, BMI, Nuffield, Ramsay) have an average gearing (total debt / equity) of over 300%. This means that they are heavily reliant on debt to finance their businesses, and are therefore potentially vulnerable to a prolonged period of low or non-existent demand.

For this reason, the government’s deal to purchase their entire capacity in return for covering their “operating costs, overheads, use of assets, rent and interest” is in effect a bailout for private hospitals. This is because it keeps the sector afloat when it would likely face the same fate as other industries who are experiencing a significant drop off in demand due to the virus. Crucially it also represents a bailout for the landlords and lenders of the private hospitals whose investments would also be at risk if the hospitals are unable to honour their payments.

An increasing number of healthcare properties are owned by Real Estate Investment Trusts (REITs), these allow investors to pool their money together to buy physical properties (or mortgages). REITs are attracted to healthcare properties due to their long leases, rents that usually increase each year with inflation, and because there are often few alternative properties that their tenants can move to. These REITs do not get involved in providing healthcare services within the property but instead collect the rental fee and carry out some repairs. The government’s deal to cover rental costs ensures that the landlords do not risk a loss of rental income due to their tenants (the private hospitals) being unable to pay, and so it secures their profitability.

For example, eleven of Ramsay Healthcare’s thirty-four hospitals are owned by Secure Income REIT (a UK-listed REIT). The REIT increases Ramsay’s rent by 2.75% a year, and overall its total healthcare property portfolio (including the non-Ramsay Nightingale hospital) provides a yield (net initial) of 4.46%, which is how much rent income it is expected to earn yearly at the time of purchase. Another REIT is Medical Properties Trust (a US-listed REIT) which owns BMI’s Harbour Hospital and has fixed yearly rent increases of 2.5%. In all these cases, the government’s deal covers the landlord’s rent charges (which will presumably include the rent increases when they are due), and so protects the dividends received by the REIT’s institutional and individual investors.

In terms of debts, based on the accounts (2017 or 2018) of their operating companies, the ten largest private hospitals have £993m of external loans, which equals one fifth of their annual income. These lenders (e.g. banks) will have their interest charges covered by the deal and so this enables them to avoid late payments and maintain their profitability from these loans.

However, the bailout does not just protect the profit margin of external landlords and lenders. Some of the largest private hospital operators are part of complex corporate structures, with Ramsay, Care UK, and Bupa having over 300 companies each in their corporate groups (i.e. companies with shared ownership or control). There are legitimate reasons for this, for example, being part of an international group often involves setting up separate companies in each country.

This complexity also makes it harder to determine what the true cost of running the hospitals are. Large groups will often split up their business functions and have companies which internally rent property and lend money to the front-line companies, such as the private hospitals.

Based on the accounts (2017 or 2018) of their operating companies, the ten largest private hospitals owe £2.6bn in loans from companies within their corporate group, which is over 2.5 times more than what they owe to external lenders (such as banks). On examination, these internal loans can prove to be at very high interest rates (above the overall cost of borrowing for the group), which indicates an element of ‘hidden’ profit making.

Similarly there are rent payments and management fees made to companies which are part of the same corporate group. When there are transactions and deals between related companies it can be hard to determine what the fair ‘cost’ of the services provided (loans, management fees, or a property to rent) are, and this opacity can be misused to shift ‘hidden’ profits out of the UK company to related companies in, say, low tax jurisdictions. Untangling what is true cost versus ‘hidden’ profit, will therefore be a hard task for the government-appointed independent accounting firm

It’s worth noting that the UK’s ten largest private hospital groups make losses before tax (on average), and many of the unlisted private companies have been doing so for a number of years. Their business strategy, on the whole, resembles Amazon’s – a focus on generating sufficient cash to cover costs and heavily invest in new facilities and equipment, in order to expand to expand their share of a growing market for private healthcare. For example, in its final accounts (2016) before delisting, Circle Holdings Plc’s CEO, Paolo Pieri, stated: “Circle’s commercial agenda is a simple one: to increase scale”.

This deal with the NHS represents a double win for private hospitals, firstly it secures their businesses against the damage caused by coronavirus. Secondly, to be seen to help the NHS during this crisis will certainly bolster their reputation and brand power, which aids their long-term goal to expand in the space left by a constrained and diminished NHS.

Furthermore, private hospitals expect another win in the immediate aftermath of the virus. While NHS hospitals recover and adjust they will be able to work on the rising backlog of patients whose elective (i.e. non-emergency) operations have been delayed. As Spire Healthcare Plc, told investors following the deal:

“The agreement allows for sufficient notice to prepare for the resumption of private and NHS elective care in the normal manner once the COVID-19 peak has passed. Spire Healthcare should then be in a strong position to meet the demand arising from the period of elective suspension.”

Whilst the NHS will receive some immediate benefits from this arrangement, the private hospitals, their shareholders, landlords, and lenders stand to gain substantially from this deal which effectively bails them out in the midst of a global recession.

There were of course other options that the NHS could have pursued in striking such a deal – it could have requisitioned the assets and facilities of the private hospital sector for the period of the crisis or it could have stated that it would pay “reasonable” costs relating to overheads, debt repayment, or rent to landlords. The more generous nature of the deal reflects the NHS’s increasing reliance on private hospitals to provide essential capacity and services, because of the sustained lack of sufficient investment in the NHS by successive governments.

This blog was first published on CHPI's website here.