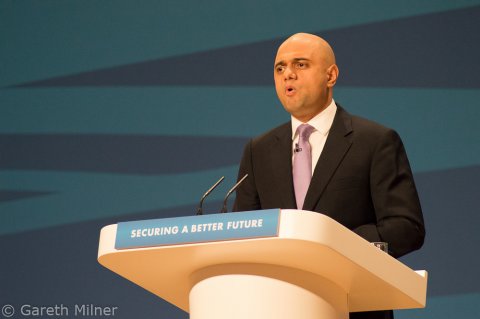 In this blog, Marcia Saunders expresses her worry that the new powers which the Health and Care Bill gives to Sajid Javid represent a threat to the NHS as we know it. Marcia Saunders is a retired NHS administrator with over 40 years experience. Among other roles, she is the former chair of North West London Local Education and Training Board (Health Education England), former chair of North Central London Strategic Health Authority, former chair of Brent and Harrow Primary Care Trusts and the former Assistant Director of Havering Council and Bedfordshire Council Social Services.

Major reorganisations of the National Health Service are unrelentingly frequent, and as a now-retired senior manager with some 40 years’ experience of the NHS and social services I have taken part in at least a dozen.  All involve disruptive structural change and all have been destabilising, expensive and distracting and have a poor record of achieving their stated objectives.

The timing for another reorganisation couldn’t be worse, when everyone needs to be focused on recovering from the pandemic and dealing with the backlog. Yet here we have one in the Government’s Health and Care Bill (2022), with its main thrust being the centralisation of power in the hands of the Secretary of State.

This is far from the objective with which the Bill was initially announced. That was to do away with the  worst of the Lansley Reforms of 2012 and abolish clinical commissioning groups.  It was touted as “the Bill the NHS wanted ”  and it’s replete with words like ‘permissive, flexible, local.”

The reality is very different. The Bill  gives unprecedented powers to the Secretary of State to issue directions to NHS England, the NHS’s governing body, alongside the weakened  local governance and accountability arrangements of the new Integrated Care Systems.

The Secretary of State already has immense power, much of it carried out through formal delegations, enhanced by the production of an annual Mandate through which he sets out his priorities and requirements for the coming year. The question repeatedly being asked is simply  “Why”?  That is, what powers does the Secretary of State need that he currently lacks?

The Bill is currently in its committee stage in the Lords, one of whom asked the other day for a single example of an occasion when the Secretary of State had found that he needed a power that he didn’t already have. There was no answer, and indeed the NHS’s longest-serving Secretary of State, who presided over seven years of cuts, austerity and the run-up to the pandemic, is on record as saying he couldn’t think of any time when he needed additional powers.

Clause 39 of the Bill encapsulates the proposed powers of direction. Concerted questioning in committee session by Lords from all sides revealed their alarm at the potential for such powers to undermine key decisions such as fair resource allocations and properly conducted procurement. They sought obvious safeguards such as defined timescales for start and cessation, and clear definitions of need and purpose. Above all they stressed that in every case there must be full assurance as to how the public interest test was being met and that each directive had formally to be laid before Parliament.

They declined to be a ‘rubber stamp” of the Bill. The government's responses were so inadequate (e.g. that a direction might have to be made too quickly for all of that) that in the end amendments that had initially been put forward as ‘constructive’ were withdrawn in favour of scrapping Clause 39 in toto.

With a straight answer to the “Why” question unforthcoming, what else is going on that may be significant? The PPE contracting scandal, rife with political preference and high levels of laxity and fraud, is well known. Less highly publicised are:

What more power does the Secretary of State need? Why does he need it? Is it about further privatisation of health services and also the NHS’s commissioning system?  Private health insurance is, after all, among the most profitable and ‘productive’ enterprises in the USA. I was  born and grew up in the USA, and that’s what it sounds like.

Dear We Own It

Thank you for inviting Marcia to our lunchtime event. I found her comments really helpful but deeply worrying. It left me more determined than ever to be bold in our campaigns to save the NHS. It's essential that the public know the government's agenda and that we translate some of the very subtle wording of some policies and directives into a more accessible and clear language that the public can understand. The one lever we have is that the Tories want to stay in power - we need to threaten this possibility in every way we can and at the same time insist that the Labour Party comes off the fence and joins us.

An insightful and incisive commentary. Many thanks.

I agree these are worrying developments, and as you say, the public interest doesn't appear to be main priority. Rather, it feels like a road towards monetising healthcare. And I would be interesting to know whether these new powers will still apply to the services that get sold off to private healthcare providers, or whether will be free to do as they will.

Campaigning for people not profit

We need to stop the Tory's selling of our NHS to private company's.

This has been going on slowly since Thatcher came to the throne in 1979 without any protest from Labour, how can we expect them to help us. They speeded it up in fact, think of all the things that they did to tighten the FAT CATS' grip on our once proud Public Services.

The only solution is a new party - run by the workers who know what is necessary and won't have their hands in the till - to not only re-nationalise the NHS but Gas, Electricity, Water, Post Office Transport etc., the list gets longer.

Thanks Marcia for this important article and your talk last week at the WOI webinar. Your focus on the powers of the Sec of State is really important. I would think that you also know a lot about the background to the current workforce shortages from what you wrote and also because of your past experience within Health Education England.

I do think that we should try to get a lot more publicity about the Tory failings and incompetence since 2010 which have led to the present staffing crisis - there is plenty of wringing of hands about it and many people saying it's one of the biggest problems - if not THE biggest.

public analysis about WHY it's so bad. This needs to be spelt out, particularly as it's a 'way into' getting the message across to the 'unconverted' about the more complex and politically controversial aspects of what's wrong with the NHS ie privatisation. Marcia: could you write something that could be punted to the media about this?

Last year (2021) I wrote to my MP (conservative) highlighting my concerns about the privatisation by stealth of the NHS by this present Conservative Government. He of course denied any such intention. I will now be writing to him to remind him of his words. I agree with the previous comment, we need to get information out in simple messages to everyone, the Government have a tendancy to use complex phases in their information which can so easily turn many people away from understanding the facts.