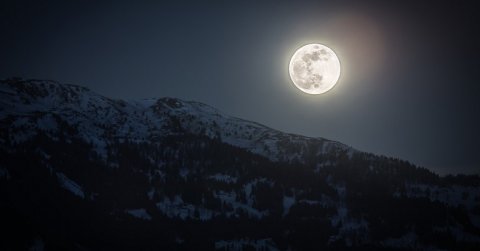 Operation Moonshot is the governemnt's much vaunted programme of mass testing. It seeks to ramp up testing to 10 million people per day - meaning the entire population of the UK could be tested every week.

According to reports, it could come with a £100 billion price tag. That's almost the entire budget of the NHS for a whole year, which stands at £130 billion.

Reports have also suggested that some of that money is set to be spent on private companies. Government documents suggest that 16 companies are being lined up to be involved in the programme - including G4S, Deloitte and Serco.

That's the same G4S that recently had three of its former staff charged with fraud over the electronics tagging scandal.

It's the same Deloitte that is responsible for managing some of England's testing centres, at a time when the testing system is in complete and utter freefall.

And it's the same Serco that's failing to deliver an effective contact tracing system.

These companies have failed. So why is the government planning on doling out even more to them?

Why wouldn’t the government give established infrastructure, like the NHS and our network of public laboratories the funding and support to do this work?

The government has already given out £6.5 billion to private companies to do work they have no expertise in, and it’s been a disaster.

It’s time for the government to face reality. It’s time to give the NHS the resources it needs, and stop handing out billions to private companies.

This government are like the Mafia only much worse.

Totally fraudulent giving money to these companies they do not perform & in fact keep the tax payers money's for private use as it is used only to keep.our corrupt goverment in corrupt power

Get Real who needs a Moon Shot. It can wait. there are far more important things that Money can be spent on No 1 being give our NHS Staff A PAY RISE far better return for your (tax papers Money) Oh sorry that would mean you guys (Government) would not get a "Kick back" from your pals

I am thoroughly opposed to private companies being involved in mass public health screening. I support 'we own it'

I am so sick and tired of the Tories dishing out money that belongs in the public sector to their buddies in the private sector. I am so sick of Tory corruption

This is an absolute travesty to public services/money and public interest.

Make no mistake. A very small number of people are making a sum of money from the tax-payer so far-reaching that it will raise our taxes and those of generations to come. These services could be provided equally well from department established publicly by government. There is no tangible reason to funnel billions of pounds into the private sector except to line the pockets of these companies, who more than often, charge exorbitant amounts for their services and provide them badly and on a shoestring. This is our money. We should spend it wisely.

The problem is that this Government is incompetent and corrupt and yet the British people still voted for them ..... a testament to the MSM.

Giving the contracts to these firms which have already failed will be an absolute scandal. The money should be given to the NHS as they are the only organisation that will be able to deliver, as it has during its severely underfunded history, due to the expertise and dedication of all its staff. There should be no monies going to firms that are purely interested in profit.

This government are the most corrupt, disgusting bunch of crooks ever. They have no morals or scruples and the sooner they are disbanded, the better!

Moonshot is worrying... partly because the technology does not yet exist, although this will not prevent millions being spent on it in advance... Plus partly because the money will yet again go into the hands of companies who have had a record of not delivering and/or breaching security etc.

I've watched as this government and previous ones since Thatcher have moved public money into private hands. First it was property, selling off all the prime spots where all the newly emptied asylums and homes had been evacuated in favour of care in the community. Only the community by and large didn't care. Alongside the massive sale of school playing fields to developers and who will ever forget the massive and now, disastrous sell off of social housing.

Then Blair with his bloody genius for greed went wild with Majors PFI scheme which is stiĺl responsible for huge swathes of money earmarked for patient care being scooped up and away.

Things just got worse and became more obvious to the point now where this lot don't care that it is obvious all our money is being handed to incompetent, corrupt and irrelevant companies with already godawful records in failure rather than our own proven, professional, built-for-the-job systems within the NHS being deliberatrly forced to fail through lack of funding.

And now while we all get arrested for oversubscribing our family get togethers, they can carry on roaming our countryside in large gangs, shooting our wildlife for fun!