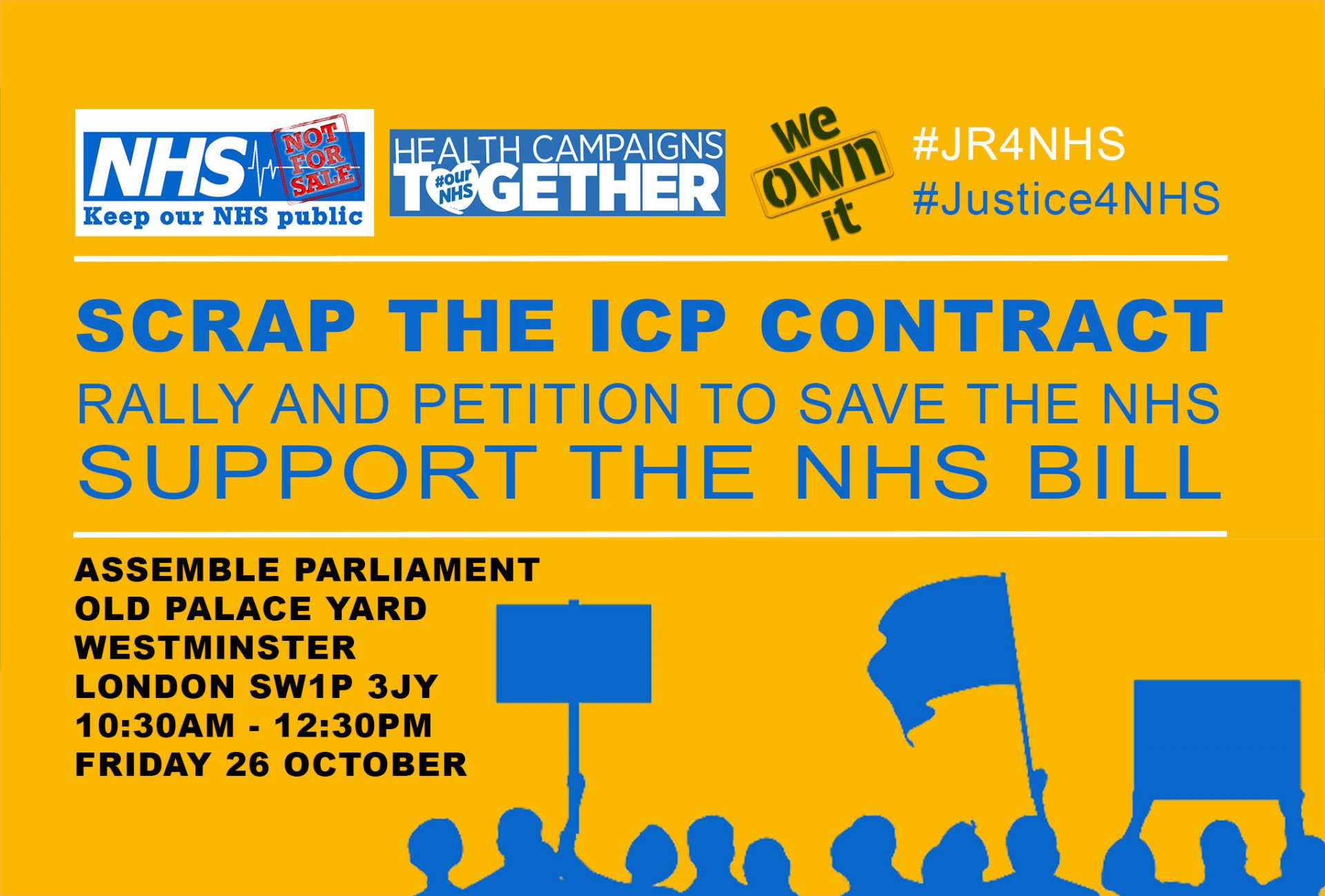 As I have tried and tried to get the Prime Minister and the Health Secretary to have an audience to put forward to them a workable plan to save the NHS but all emails were ignored. Currently the government is stealing from the NHS by selling off hospitals to private companies and then leasing them back which is a cost to the hospital overheads which they did not have before.

What we got to do is to stop the Government from privatization through the back doors once and for all. The other issue is for now stop further funding as the money goes to the private companies to cover overheads and making profits for the shareholders and guys at the top who has no idea of how to run a medical organisation like the NHS. The NHS is a non profit orgainisation and privatising the NHS is totally against the ground it was set up as it will be a profit generating organisation where the profit does not go back to running the hospital but to share holders and bonuses for the executives who are already over paid. So any further funding will only go towards the profitability of the companies not directly to the NHS.

The immediate setup of a group comprising of doctors, nurses and normal citizens who should evaluate the need and way forward. This task should be done by this group and not people whose interest is themselves ( the company) or external firms of accountants who has no knowledge of what is needed as they have no medical background but only look at the financial side which is not what is needed.

I can go on and on over this but the long and short is stop the Government from selling the NHS off immediately and bring back those they privatised back into public ownership. We Own the NHS and We must have a say in how it should be run and that is where the New Group I mentioned come into play. The Government should not have the right to sell off and privatise without Our consent period. Furthermore our GPs and doctors should be the one who say what the patients' needs not the Government or private enterprises who have no idea what the patients need except what they need to make a profit and their fat bonuses on meeting financial targets.

REMEMBER, Nye Bevan words in 1946 regarding ye Tories and the NHS? HIS WORDS are coming TRUE!

Government you didn't ask us if you could sell our NHS so PLEASE DON'T take it for granted you can! because we dont want a private NHS Keep our NHS PUPLIC paid for!!

We are also fighting to have Wantage Community Hospital reopened after it was “temporarily closed” two years ago in July 2016. The whole NHS process is deliberately obscure and confusing so the general public cannot fully understand what is going on.

NOT FOR SALE , how this government can think of doing this on the sly , makes my blood boil , GET THIS THE NHS is not for SALE , we don't want a private NHS KEEP OUR NHS for all young & old who need the use of there services , as I said NOT FOR SALE NOT FOR SALE

the right to health is a fundamental human right. it cannot be realised when private profiteers drive healthcare delivery.

The Tories have put the NHS up for sale

A slap in the face': Tory MPs reject amendment to protect NHS from trade deals

People are urging MPs to stop 'putting the NHS under threat